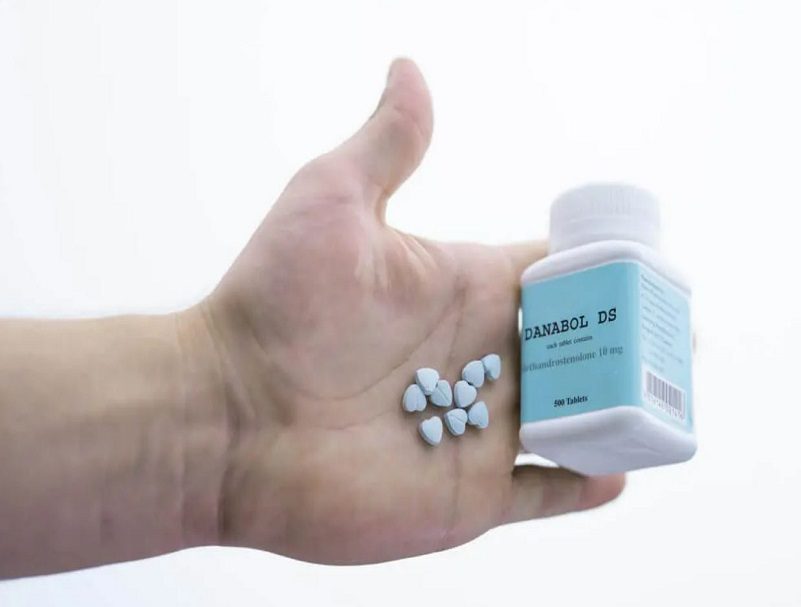 Side effects from Dianabol. Dianabol is the old name for CIBA brand oral steroid methandrostenolone, a derivative of testosterone that gives strong anabolic and androgenic properties.

This compound first became available in 1960s and quickly became a favorite and widely used compound, probably due to the fact that it is extremely effective and easy to use. Similar to Testosterone and Anadrol 50, Dianabol is a powerful steroid but also one that comes with notable side effects.

Methandrostenolone is somewhat estrogenic so gynecomastia is a constant concern during its use and can occur early in the cycle. Particularly when high doses are used, at same time, water retention can be a very pronounced problem, causing a notable loss of muscle definition as well as gains in water and subcutaneous fat.

More sensitive individuals will want to keep estrogen in check by adding an anti-estrogen such as Nolvadex or Proviron.

Arimidex is a stronger drug and may be a better choice, but it may be somewhat expensive compared to standard estrogen maintenance therapies.

What effects does Dianabol cause?

Other steroids such as Trenbolone and Winstrol focus on muscle building, and most bodybuilders use Dianabol during loading periods. By increasing the process of protein synthesis, the user of this anabolic steroid can build muscle quickly.

Dianabol is for oral administration so that it can be tolerated, without being deactivated by the liver, it has a c17 alpha alkylated compound, in such a way that Dianabol is almost completely integrated into the bloodstream.

Long-term and repeated exposure to the liver is contraindicated. Being able to develop certain types of cancer.

How is Dianabol consumed?

To consume Dianabol, a daily dose of four to five tablets of 20 to 25mg is sufficient, giving decisive results. Cycles should be kept short, preferably less than eight weeks, to avoid causing liver damage. The life of this anabolic steroid is only three to five hours, that period is relatively short, so there are fluctuations in the blood during the day. It is not necessary to vary the dose during the cycle.

It is imperative to include the use of Tamoxifen in the cycle.

What are the side effects of Dianabol?

As a curious fact, we highlight that Methandrostenolone is structurally the same as Boldenone except for the existence in its structure of the added 17 alpha alkylated group, which we have spoken about previously. There is one noticeable difference: Dianabol’s estrogenic side effects seem to be more pronounced. However, many users consume it without the need to include an antiestrogenic.

Among the side effects, we can list water retention, the potential appearance of acne, risk to the liver, hormonal suppression, and possible risk of gynecomastia. In some cases, hair loss has been reported.

Despite all its benefits and effectiveness, the drug also has side effects. The most common include:

One of the possible side effects of Dbol is liver damage because it passes through your liver before proceeding to your bloodstream.

You can prevent this by taking Dbol only during cycles and keeping the dose to no more than 80mg a day during your cycle.

Speaking of the cycle, it should not last more than 8 weeks. Do not drink alcohol or take other drugs during the cycle that can affect your liver.

As many users’ Dianabol reviews point out, water retention is a common side effect, but this can be easily prevented by adding another steroid to your cycle.

If that doesn’t work, lower your Dbol dosage for the current cycle and gradually increase the dosage in subsequent cycles.

One of the many side effects of Dianabol steroids is an increase in your LDL, or bad cholesterol, and a reduction in your HDL, or good cholesterol.

This happens because Dbol, like other steroids, produces certain biochemical changes in your body. These changes stimulate muscle growth but at the same time, can upset your cholesterol balance.

Although this is one of the most common effects of Dbol in men, you can remedy it by following a healthy diet (which you should anyway if you’re trying to bulk up).

Start by eliminating junk food from your diet and eat healthy foods to gain mass, not fat. Your diet should also include fiber and omega-3 fatty acids, as they will provide you with the necessary nutrients to balance your cholesterol levels.

Gynecomastia or man boobs is another side effect of Dbol steroids, but it can also be prevented. As its name implies, “man boobs” is a condition that makes men’s breasts swell like a woman’s.

There are many possible reasons for this, but the most common is hormonal imbalance, where Dbol causes testosterone levels to drop and estrogen levels to rise. Another possible cause is obesity, where fat deposits end up in the chest.

Tips for HardGainers| How to Gain Weight Fast
How Can You Build Muscle Fast? Scientifically Proven Ways
Gaining Weight Fast for Hard Gainers
How to take Whey Protein For Weight Loss
Pineapple Juice Benefits
Why are your biceps not growing?
Advantage of Drinking Coffee : Side Effects
The Absolute Beginner's Guide to Exercise